Over 2,500 IDPs are on high alert of attack, following Burma Army shelling and reinforcement of hundreds of troops during the past few days near Loi Kaw Wan IDP camp on the southern Shan State-Thai border opposite Chiang Rai province.

On April 18 at 5:45 pm, two 120 mm shells landed on a farming area two kilometers north of Loi Kaw Wan camp, where about 20 IDPs, including two boys aged 12 and 13, were tending their farms and livestock. Fortunately no one was hurt, but a 51-year-old man was knocked over by the blast of a shell.

A third shell was fired at about 6 pm, but no explosion was heard, and it is not known where it landed.

After the shelling, the IDPs released their buffaloes and cows, and fled up the hill to the main IDP camp. That night, all 2,559 residents of the camp prepared their belongings in readiness to evacuate. The adults dared not sleep the whole night for fear of attack.

Again on April 19, at 3:38 pm and 3:42 pm, two 120 mm shells were fired into the same farming area, in the Bang Kwai valley. There were no casualties, as the previous day’s shelling had left the area deserted.

The Bang Kwai valley is the main farming area for Loi Kaw Wan IDPs, as the IDP camp is situated on a hill-top where the land is uncultivable. April is usually the month when IDPs prepare the land to plant rice, corn and soy beans, but only a few IDPs have dared tend their farms since March 30, when the Burma Army informed the Thai authorities they would launch attacks against the Restoration Council of Shan State/Shan State Army (RCSS/SSA) along the Shan-Thai border. Now, after the shelling, no one is daring to go to farm.

During the past week, the fears of the IDPs have been heightened by news that hundreds more Burma Army troops have arrived into the area, reinforcing the seven battalions already stationed around Loi Kaw Wan camp: Light Infantry Battalions 221, 225, 259, 388, 554, 572, and Infantry Battalion 314.

Loi Kaw Wan IDP camp is also surrounded by troops of the United Wa State Army (UWSA), which has occupied the original lands of the IDPs in Mong Karn, eastern Mong Hsat township, since 2000, when thousands of Wa villagers from northern Shan State were forcibly resettled into the area by the UWSA, with permission of the Burma Army.

SSRC (TB) is gravely concerned for the safety of the IDPs in Loi Kaw Wan and the four other IDP camps along the southern Shan State-Thai border. These IDPs were forced from their homes by the Burma Army in a mass scorched earth campaign in southern and central Shan State in 1996-1998, when over 300,000 villagers were uprooted and hundreds tortured, raped and killed.

SSRC (TB) reiterates our urgent appeal to the Thai government to allow these IDPs to cross over into Thailand as soon as attacks start, and to provide them safe refuge, shelter and access to humanitarian aid. 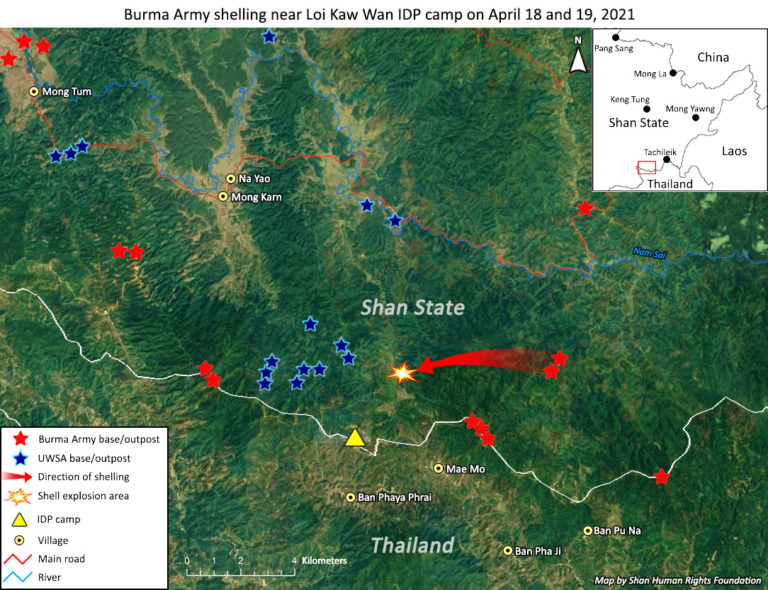 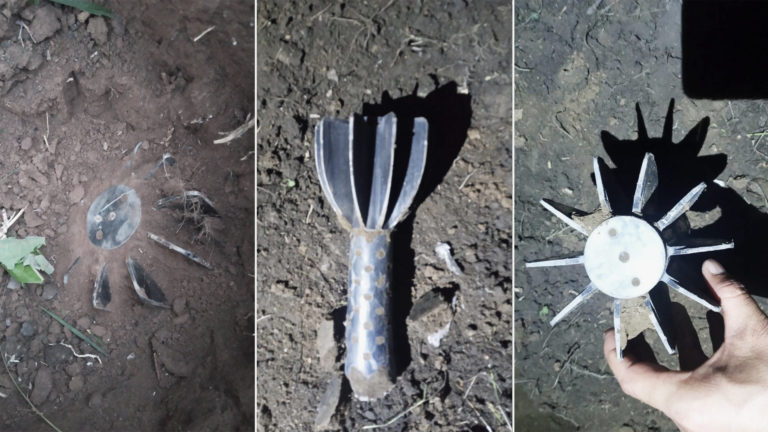 SSRC (TB) is comprised of camp committee members from all five IDP camps and one refugee camp on the southern Shan State-Thai border.

Voice of Shan refugees and IDPs on World Refugee Day 2021